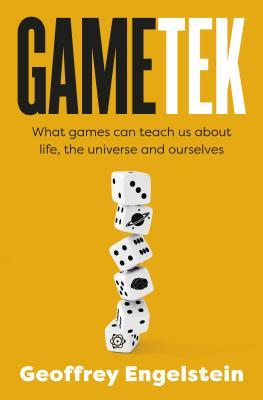 GameTek: What games can teach us about life, the universe, and ourselves

🎮 To misquote the great Aristotle, I think Game Tek falls into the category of, "The whole is greater than the sum of it's parts". Game Tek overall was a really fascinating read, because games are very fascinating (as this email will dive into). But some chapters were (much) better than others.

If you are going to jump around and only want to read the chapters which are really good, these are the ones to read...

I don't think it is a surprise that the best chapters in Game Tek are at the end. The second to last chapter of this book talks about a memory gap humans have. That instead of a person deciding how good something is based on the average of their entire experience, humans only take only 2 select data points - the most painful (or joyful) moment, and the moment at the end which the person averages to decide their overall experience.

A study of men undergoing colonoscopies showed this memory gap in action. 2 groups of people were given colonoscopies. A typical colonoscopy takes about 10 minutes, and the most painful moment is at the end at around minute 9 which people reported a pain level of around an 8 (out of 10). For this experiment, there were 2 groups of people. Both groups went through the normal 10 minute long colonoscopy with one group having the tip of the colonoscope remain in the rectum for an additional 10 minutes. The additional 10 minutes was reported at a pain level of 4. So it obviously wasn't a terrible 10 extra minutes, but I can imagine it wasn't pleasant.

You would think that the second group who had an additional 10 minutes added to their procedure would report having a worse experience when asked after the procedure... I mean they did technically have a longer, worse procedure. Surprisingly, this isn't the case. Even though their experience was worse, the second group reported a 10% lower pain experience AND they were 10% more likely to return for a repeat procedure (I mean who wouldn't return for another colonoscopy, right?) 🤯

Humans just aren't very good at remembering an entire experience when evaluating how painful (or enjoyable) it was.

So the first group that experienced the most pain at the end, but less pain overall, perceived their experience as worse. This same concept is used for enjoyment (like vacations, raising children, etc.)

Which is why I don't think it is any surprise that the end of the book was quite a bit better than the middle. I mean I would hope that the guy teaching us about games would know how to game the system to improve his book, right?

Now, I can't help but think of all the books I have read that really aren't that great, but they have a really good ending, and therefore I remember it more fondly than it was. Or all the books I have now discredited because even though the majority of the book was great, the ending was weak.

Was Game Tek one of these books? Game Tek surprisingly had a lot of science in it. Topics ranged from quantum physics, to psychology, to math, to art, and many other topics — but always coming back to board games. This means either 1 of 2 things -

1. Board games are WAY more complex than I realized

2. The world is highly connected. So connected in fact, that board games are related to entropy, evolution, Brownian motion, quantum mechanics, entangled pairs, and more!

In reality, it is probably a mix of both. A lot goes into creating a good game - game mechanics, characters, art, storyline, genre. And when a board game is good, it is GOOD. Board games have been popular for centuries, some without any sort of adaption. The popular board games Go and Backgammon haven't changed for thousands of years! (Really good show recommendation of AI beating World Champion Go Players https://www.imdb.com/title/tt6700846/)

Not all games last for quite as long as Go. Like most industries, the market changes. When video games first came out, people predicted that the board game market would shrink as people opted to play Atari over Uno. And as computer games became more advanced, this thought was repeated again and again with experts predicting World of Warcraft would beat out Settlers Of Catan. But this prediction hasn't held up. Since the first video game, Board game sales have increased every single year. Every year until 2009 that is. During the rise of the Smart Phone and phone apps. Mobile apps began beating out board games.

This trend didn't last long, board game sales have been on the rise again the past few years.. But not your typical Risk or Monopoly. The increase in board games sales is attributed to indie board games coming from small studios. Sites like Kickstarter and IndieGoGo are providing avenues for small shop game development studios to fund games! One game was even funded $5 MILLION (that's with million with an "m") through crowdsourcing. In 2018, board games even were the number 1 category on Kickstarter, while video game support declined.

So I think it is safe to say that the millennials haven't destroyed the thousand years old (millennium) board game industry after all. I mean weren't you part of the Queen's Gambit craze? (Side note: Queen's Gambit is based on a book, and the book is Ah-Maze-ing, 5/5 stars, highly recommend) This past year was tough, so it's probably not a huge surprise that board games (and video games) have done particularly well in 2020. We have seen again and again that when times get tough 2 things happen - people run more and people play more games.

Now that you know so much about games, I hope you will still get to enjoy the thrill without ruining the fun through over-analyzing... Then again you did sign up for a nonfiction book club, so you already know over-analyzing everything IS fun.

See you next month! -JoCee

P.S. If you made it this far and want to get these newsletters in your email monthly, feel free to join #theSTEMBookClub here.